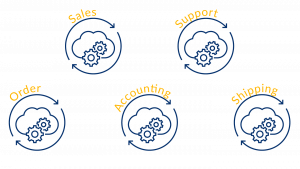 Let’s start with a quick definition:

The difference between a monolithic vs microservice approach starts with the design.  Uber models lead to monolithic apps while modular models lead to a microservices outcome. With Harbormaster, it’s actually very simple.  Harbormaster is model driven.  If you want a set of microservices, define a set of service based models. Rather than a single model for the entire system, take a modular approach and define smaller models that represent subsystems. Importantly, Harbormaster gives you the freedom to match the right tech stack and model source for a given service.

To illustrate this, let’s define a system made up of a handful of services: 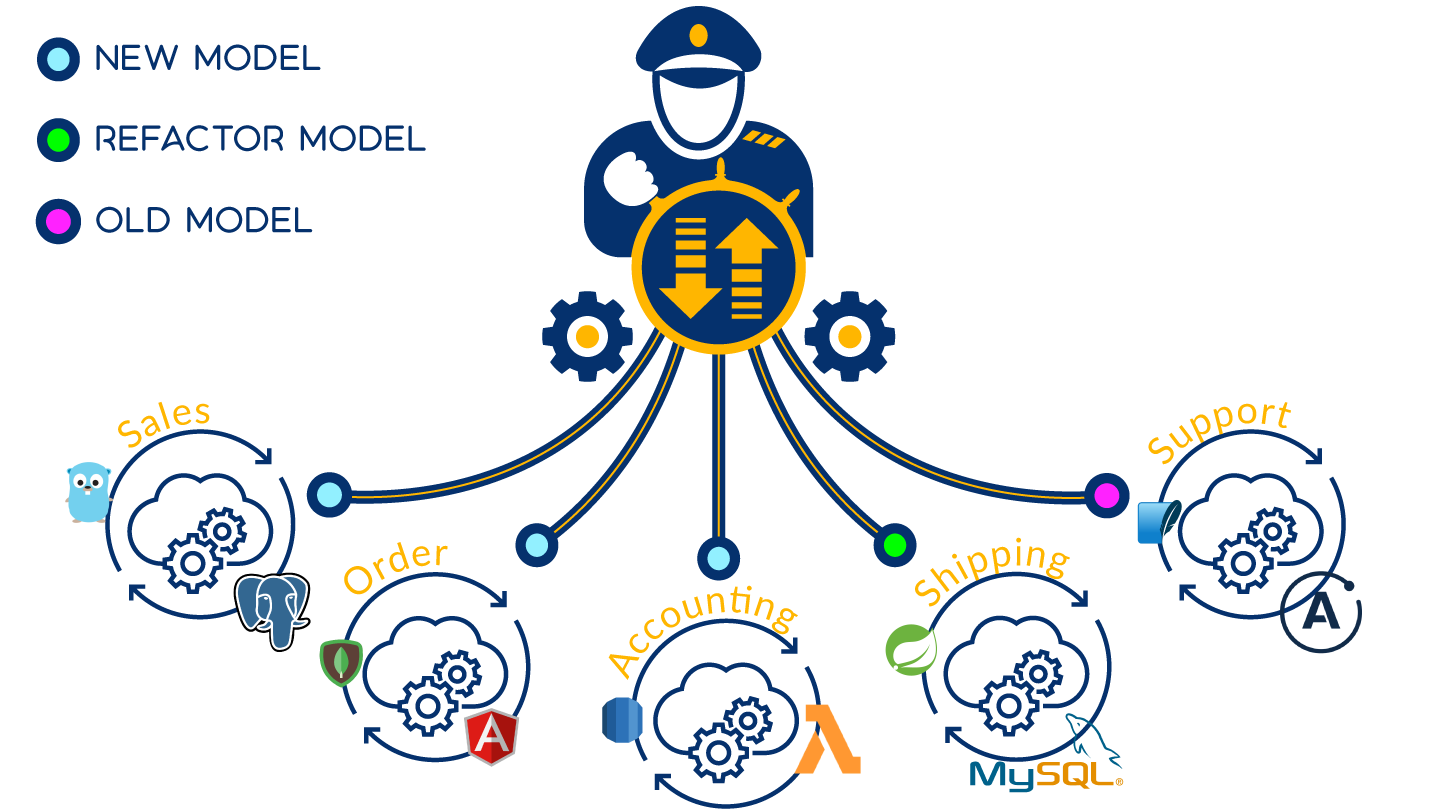 Being able to make these types of decisions is what Harbormaster was built for. The outcome is: