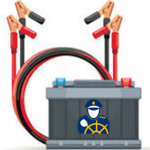 No matter how much wiring, preparation and configuration, a traditional toolchain does not come to life until something is first checked into an empty repository.  Developers often have to settle for “hello world” to get DevOps started.

Harbormaster is dedicated to improving the first code commit by being a true catalyst to DevOps. To make project generation a seamless new phase.  After planning and before traditional development starts, all the language based code, build files, config files, and much more are created within a business context.  This latter part is crucial and is accomplished by accepting a variety of business models as input.

With so much automation in the typical DevOps tool chain, it is incredible how code generation is still overlooked. DevOps is about finding the appropriate processes whereby mechanization through software replaces user intervention.  Unlike attempts from the past, modern code generation is now forced to meet the high automation standards established by todays DevOps tools.  The notion of generating an application’s core services is now possible, serving as a compliment to continuous integration and development”

One of Harbormaster’s fundamental tenants is to generate everything possible that can be inferred from requirements.  Such requirements include the business model, target technology stack, CI/CD platform, and deployment environment.

With tightening delivery time frames and budgets, project generation serves as a competitive edge when starting a new project or refactoring an existing one.  The gains in productivity, savings, and predictability make the initial effort required to prepare a code generation session well worth it. Not to mention the benefits of standardization and reuse. Also, with DevSecOps an industry top priority, it only makes sense to start a project with code free of known risks and vulnerabilities rather than be notified after the fact.

Since technology stacks will always come and go, Harbormaster has created an open definition for creating a templatized technology stack so users can enhance existing ones or create their own .