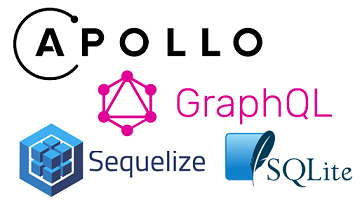 The is the base reusable implementation for Apollo GraphQL type tech stacks.  This implementation is headless (no UI), serving as a set of query-based APIs to manipulate a model.  This tech stack generates the necessary UI components for both React or AngularJS to use the Apollo Query Client.  This client allows for the testing of the generated backend using GraphQL (Graph Query Language)

If using a CI/CD platform such as CircleCI, AWS Codebuild, Jenkins, etc.., it is best to refer to the Pipeline YAML file generated for that platform.

If not using a CI/CD platform refer to the instructions below on how to use the generated project.

In order to use the Apollo GraphQL Server, first create an account at https://www.apollographql.com/ .

You next have to create a service within your account. When the service is created, you will be provided with an Apollo Engine API key of the form:

You will need to provide this the engine-api-key input parameter to Harbormaster in order for it to be applied within the generated application files.

Also, apply the name of the service as another input parameter. This is the text between the 2 colons (:) of the the engine-api-key

From this directory, install the app dependencies by running the following command:

From another process and once the Apollo server has completed startup, push the generated schema to the Apollo registry:

Run the Apollo Client from your browser:

To learn how to issue queries using GraphQL, click here.